Save the date! 6/2/20. Our goal is to cover her grave in beautiful flowers! You can also make a donation to the Pediatric Brain Tumor Foundation in her memory.
#Alex4EVER! #11strong 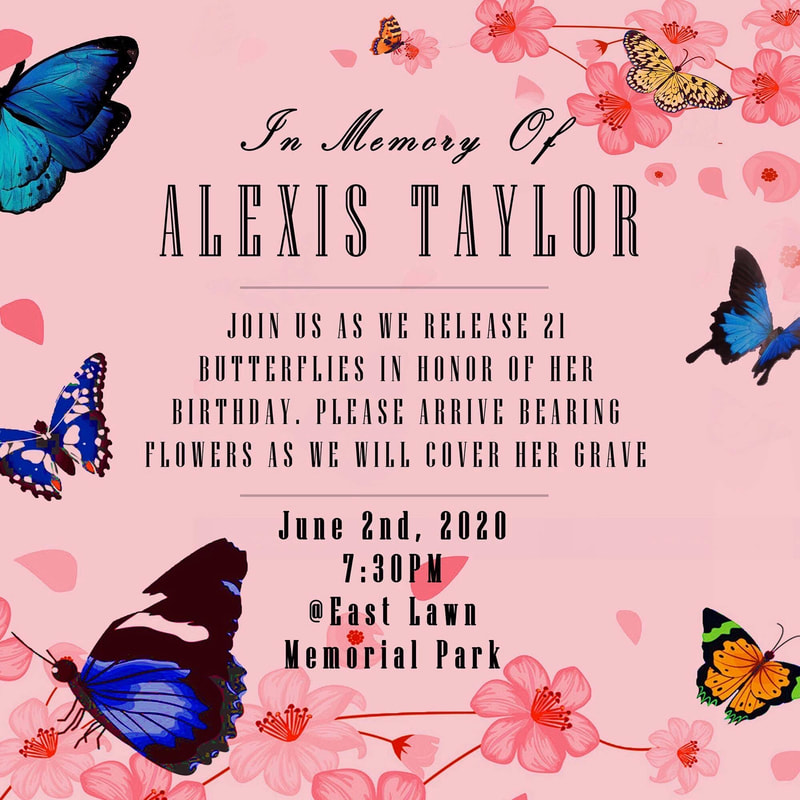 UPDATE 04/15/20: Thank you Roy Martin Reynolds for this beautiful momenta! Even though she didn’t get to officially play, she tried her hardest to get back to the game she loved. Went to practice and games when she wasn’t too sick. She loved Lacrosse and she would have been amazing!! #11forever 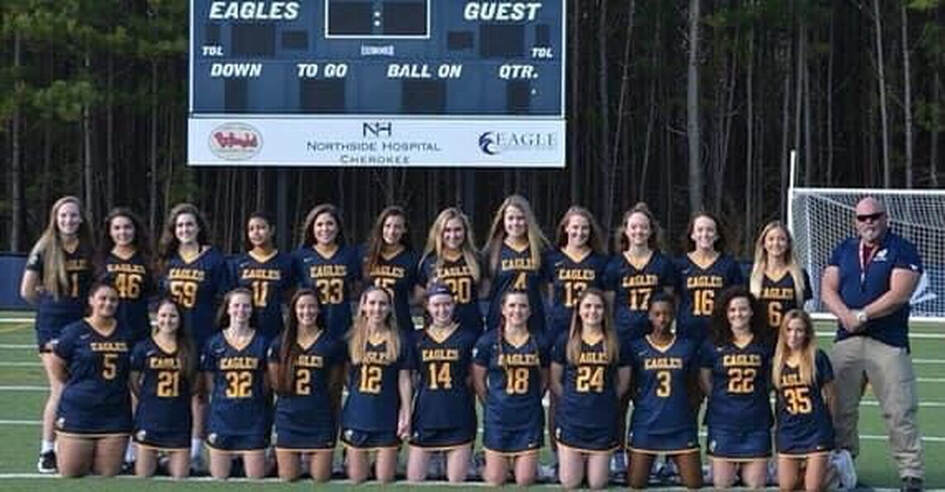 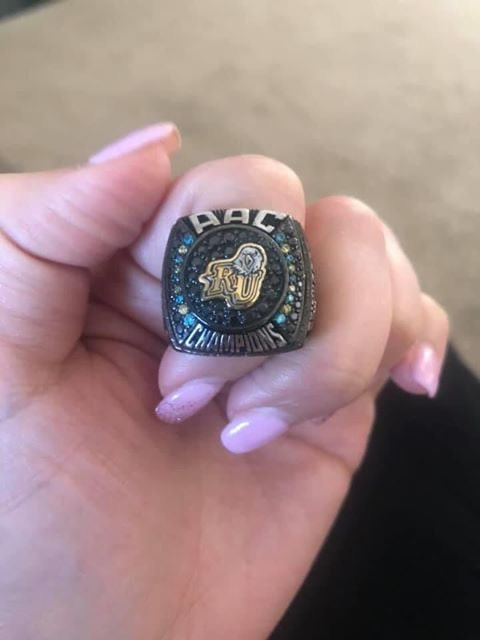 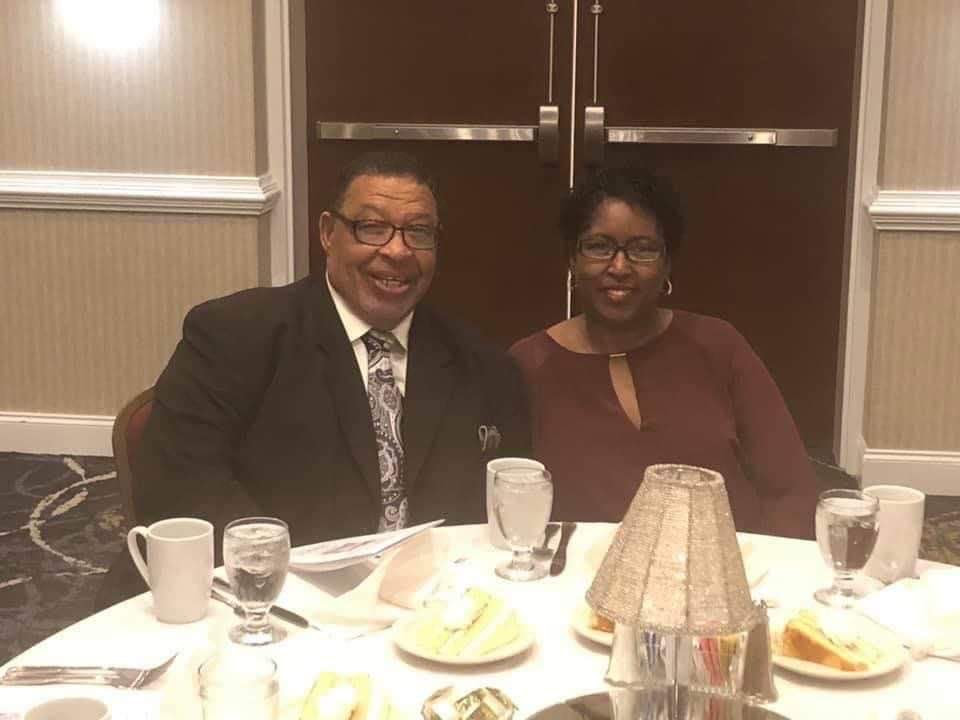 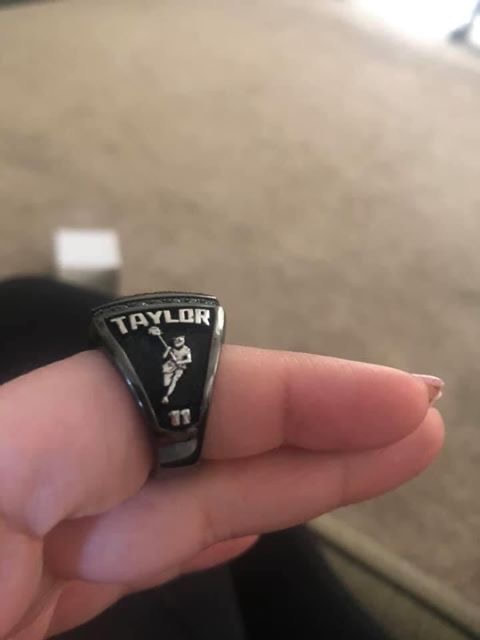 UPDATE 02/22/20: Today was such a beautiful and sad day! Reinhardt University retired Alexis’s #11 Jersey. They have been such an outstanding support system for both myself and Alexis throughout her battle. Such a great group of girls and staff! Roy Martin Reynolds thank you for honoring Lexi in this way! It meant so much to me! Never mind my ugly cry face. I couldn’t help but cry. 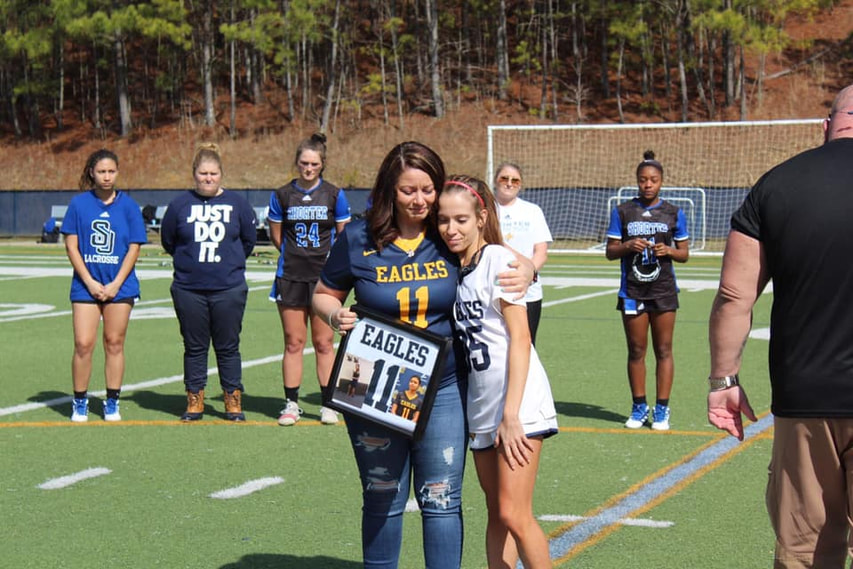 UPDATE: On September 30th, Alexis won her battle with cancer. She did it her way and on her own terms. My sweet girl is at peace. Alexis is donating her tumor to science and her organs that will hopefully save someone from feeling what our family is feeling right now. Gods Grace was presents. She did not suffer. She passed away the same way she came into this world, in my arms! Thank you to every one of you that prayed, donated, and just loved our family! Please keep our family in your prayers as we will need strength as we move on to the next chapter without our sweet girl!!!  - Maurissa Woodring

Alexis was a healthy, happy child. She has always been head strong, focused, and full of love. This resonates in everything she does. In 10th grade Alexis tried out for a new sport that came to her High School. A sport not many had heard of called Lacrosse. Alexis became a member of that team even though she had never played a sport and in typical Alexis fashion, excelled. She taught herself the game of Lacrosse by watching YouTube videos and practicing. After their first game and her passion for Lacrosse truly kicked in, Alexis looked at me and said, “Momma, you watch! I am going to be the first one to score!”

In that next game, not only was she the first one to score a goal but she scored two goals. In 3 short years of playing Lacrosse for her High School team, Alexis went on to be the leading scorer every year by doubling and tripling her previous years. She was nominated to the All region team and currently holds the leading scorer records at Woodland High School.

Alexis thrived on teaching and helping her teammates become the best they could be. She was very confident in who she was as a player and as a person. That passion drew the attention of her college Lacrosse coach, Coach Reynolds. After graduating High School Cum Laude, she was offered a scholarship to continue her education with Reinhardt University. Reinhardt offered her a strong Biology program, as she has visions of following in her Aunts footsteps and becoming an OB/GYN. I’ll never forget when we went to orientation and they found out she was a Biology major how people where just shocked! The students there expressed how hard the Biology program was being a regular student, let alone a college athlete. Alexis never doubted her abilities and just laughed at them.

Her freshman year of college began with sheer excitement as it did for most kids heading off to college. As the months went on, something was changing physically. Alexis, who was given the nickname “Rocket” by her Coach, was suddenly not performing as wonderful as she was on the field but was still excelling in her studies. She began to slow down and started making unusual mistakes. I clearly remember her saying, “Mom, I feel like I am getting worse at Lacrosse instead of better.” We talked and assumed it was just because she was getting adjusted to college life. She finished that first semester on the Dean’s List.

On winter break Alexis returned home and complained of numbness in her face. It was so odd. We scheduled an appointment with the Doctor and they found she had Strep and thought she had a touch of Bell’s palsy. They gave her steroids and said to return if it didn’t get better. It did not, so they referred us to a Neurologist. She complained of having trouble focusing in class. We never made it to that appointment.

On January 20th, 2018, Alexis called me in almost tears explaining something was wrong. She was having trouble finding the Lacrosse ball in the air or when it hit the ground. I immediately went to pick her up from college and we took her to the emergency room. They immediately took her back after noticing her face was a bit frozen. They took her for a CT scan right away. We were sitting in the hallway and the doctor pulled up a chair and told us there that Alexis was being admitted into the hospital for additional testing as she has a large mass in her brain and they were certain it was Cancer.

We never expected that news! The next few weeks would become a complete blur. We were scheduled for all types of appointments and a biopsy that was highly risky. We would later get the worst news of our lives, not only did she have Brain Cancer but it was Stage 4 inoperable and incurable, DIPG. A cancer that affects young children leaving them just 9 months to live. We were crushed! We cried and then we prayed. We drew strength off of our family and our faith in the highest.

Alexis would immediately begin Radiation therapy along with being a part of a clinical trial for new medicine in hoping to combat this disease that robs 400-500 children of their lives a year. During radiation and continued treatment with the clinical trial medicine, Alexis lost her hair. I think this devastated her more than anything. Of course, once the radiation was over it began to grow back but the new medicine would keep it very thin and continuously falling out. She went through a bit of depression and then one day after family came over and we all prayed over her, with her, and together, she changed. A new outlook on life.

With true resilience and renewed faith, Alexis embraced her new look and returned to school and her Lacrosse team in the fall of 2018. She finished her fall semester on the President’s list with a rigorous biology schedule filled with labs. She continues to work out and train with her Lacrosse team in hoping to get to fulfill her dream of playing her first college Lacrosse game. In the meantime, she is what she calls herself the “Team Cheerleader”.
She is a fierce daughter, sister, friend, and teammate. She guides and inspires her sisters with love and grace. Teaching them that nothing is ever “that bad” as long as we have faith, love, and trust in God. She is truly and inspiration to us all! She does not feel sorry for herself and refuses to allow this diagnosis to steal her joy!

She took part in a 3K walk for the Pediatrics Brain Tumor Foundation raising almost $1500 towards supporting other children and families struggling with cancer.

Just recently, we were told the tumor is no longer responding to the trial medication and we would need to stop the clinical trial. Due to Alexis being diagnosed with a type of tumor that is mostly in children, getting treatment for Alexis is hard. Her age now disqualifies her for local clinical trials. That leaves us two options, either we travel to another city to be a part of a age appropriate clinical trial or we stay local and find ways to pay for the chemo medicine needed.
We are in no way financially prepared to handle either of these costs and programs for Alexis are limited.

As a single mother, I am prepared to do whatever it takes to give Alexis the best chance to continue to pursue her dreams until a cure can be found!! Even if that means laying down my pride and asking for help!

God Bless!
“Faith is the reality of what we hope for, the proof of what we don’t see.”
‭‭Hebrews‬ ‭11:1‬ ‭CEB‬‬ 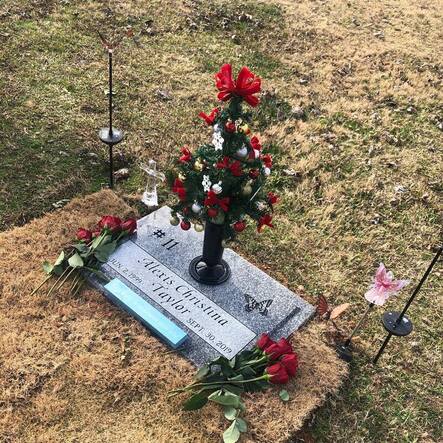 All proceeds donated using this link will go to DIPG in memory of Alexis. 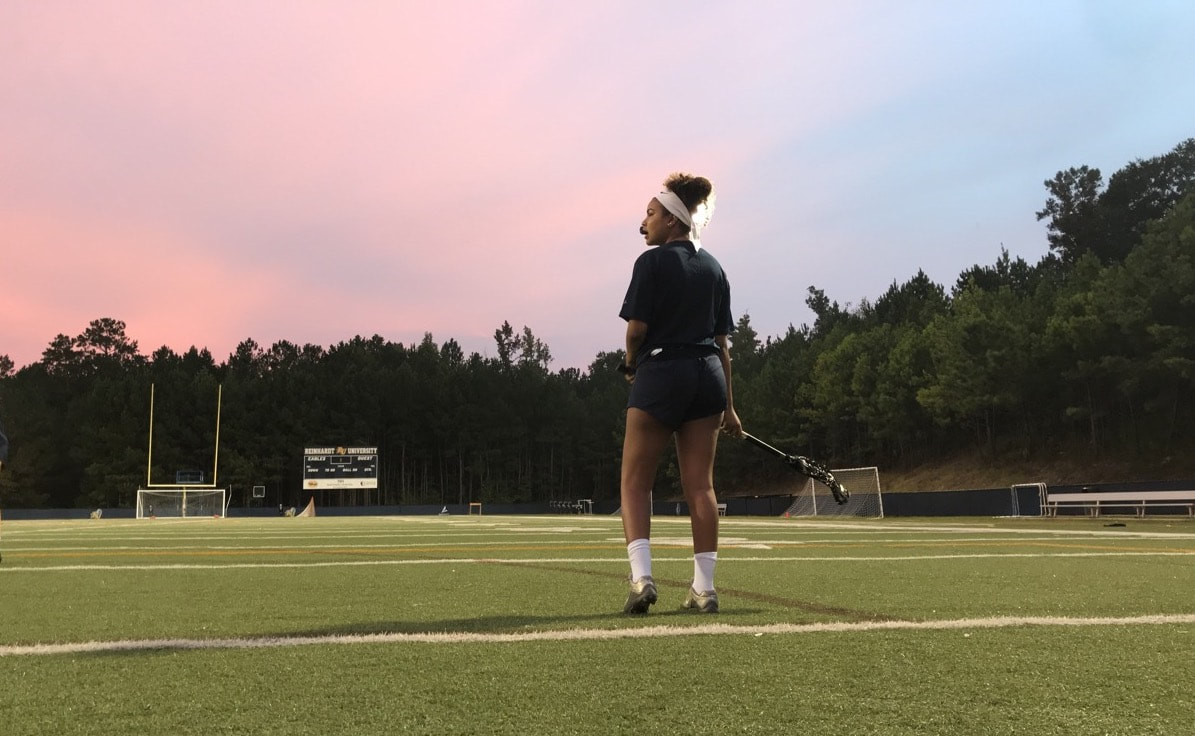 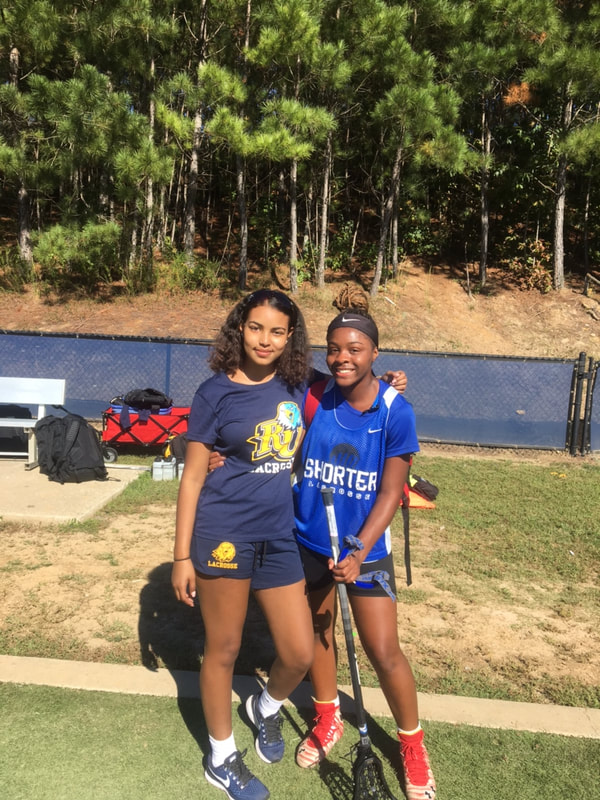 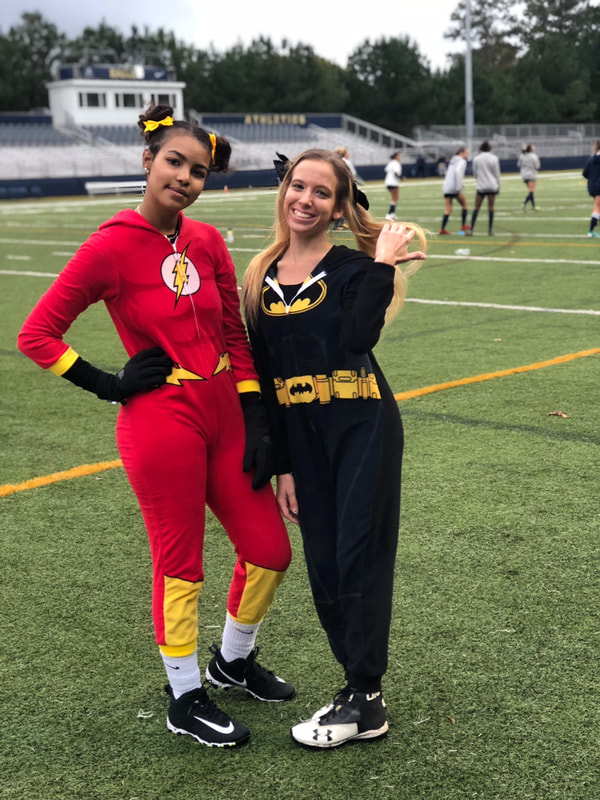 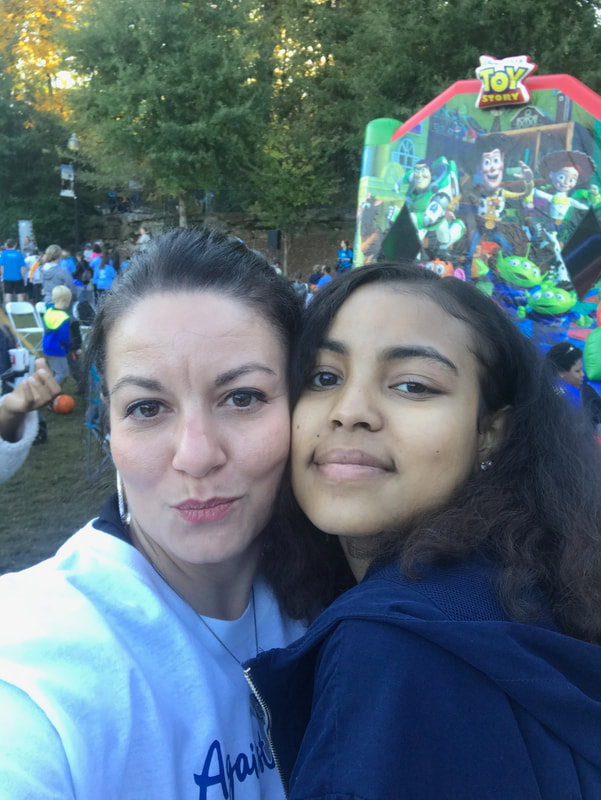 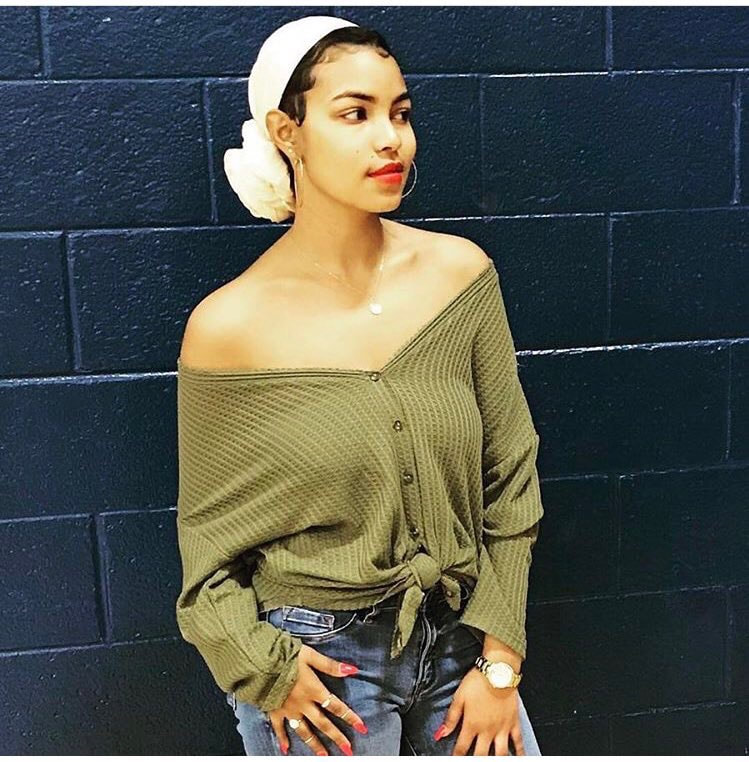 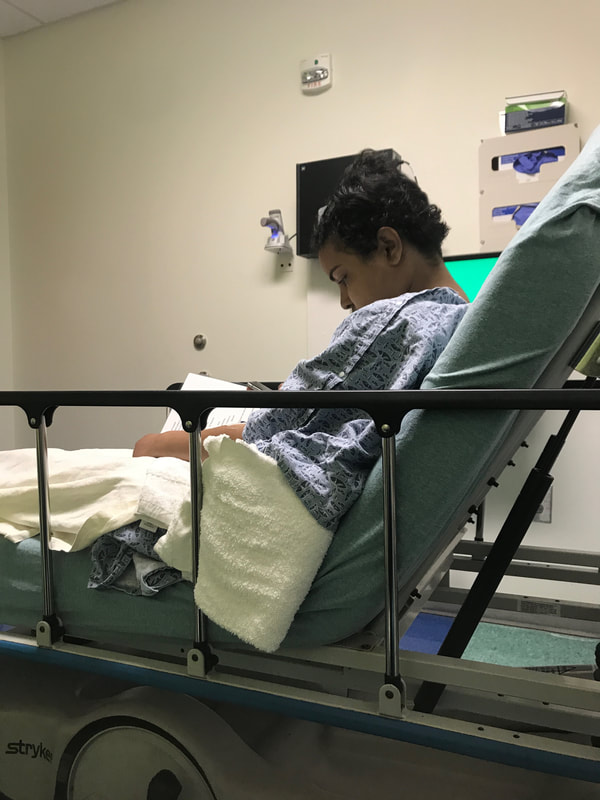